A guilty pleasure in my DVD collection, The Wedding Singer propelled a young Adam Sandler to major fame through its epic championing of everything '80s.
Set in New Jersey and following the plot of the original movie, wedding singer and hopeless romantic Robbie Hart (Jon Robyns) is jilted at the altar by awful fiancé (Tara Verloop) and subsequently falls in love with pretty and sweet-natured waitress Julia (played by Cassie Compton).

Womaniser and Wall Street player Glen Gulia (Ray Quinn), plays Julia’s fiancé, and the plot evolves as she begins to have mixed feelings for her money grabbing and rather dubious fiancé. Does she really want to end up as Mrs Julia Gulia?
There’s some brilliant comedy moments, most of them involving dodgy perms, sequins, spandex and legwarmers. It’s hard to pin point just one cast member for adoration - they all play their parts brilliantly.
Comedy veteran Ruth Madoc as Rosie, Robbie’s grandmother has the crowd in hysterics with her hip hop gangster rap “Move That Thang” (playing homage to the most memorable part of the original movie) and her stage exiting backflips. Roxanne Pallett is brilliant as Holly, Julia’s bold and brash best friend. 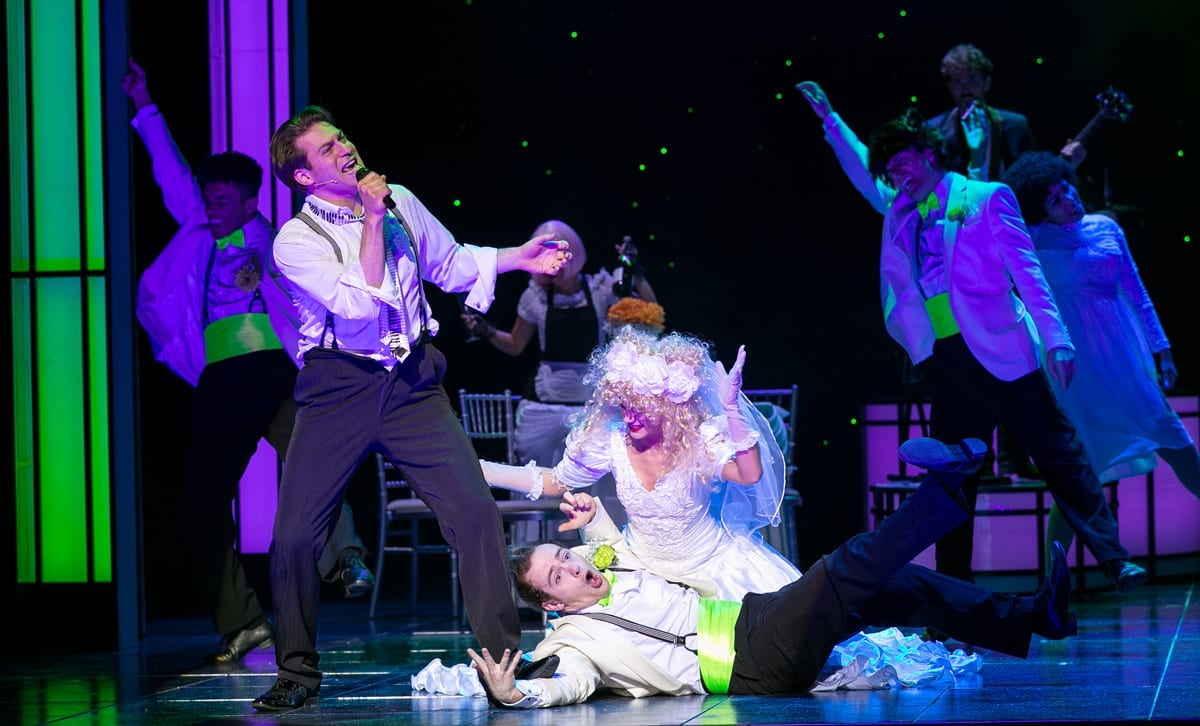 The original pop hits from the film – which boasts a soundtrack featuring everything from The Smiths to Boy George– are substituted with original songs and these play homage to the original hits. The songs, “Somebody Kill Me” and “Grow Old with You” - are joyous highlights from the original movie.
Francis O’Connor’s clever set designs and Nick Winston’s superb choreography are a joy to behold. The Wedding Singer is great show and thoroughly entertaining. Go see it – legwarmers and boob tubes are optional...
The Wedding Singer runs until February 25; Box Office 0844 871 3022, www.ATGtickets.com/Sunderland