From evening’s feeding swans to days out climbing Roseberry Topping, after both being accepted into the same medical school, Rachael and Brad chose to ditch the traditional Fresher’s Week for a week of romantic dates. Four years later, the couple and all of their university friends came together to help them celebrate their blush-toned wedding day at Rockliffe Hall. 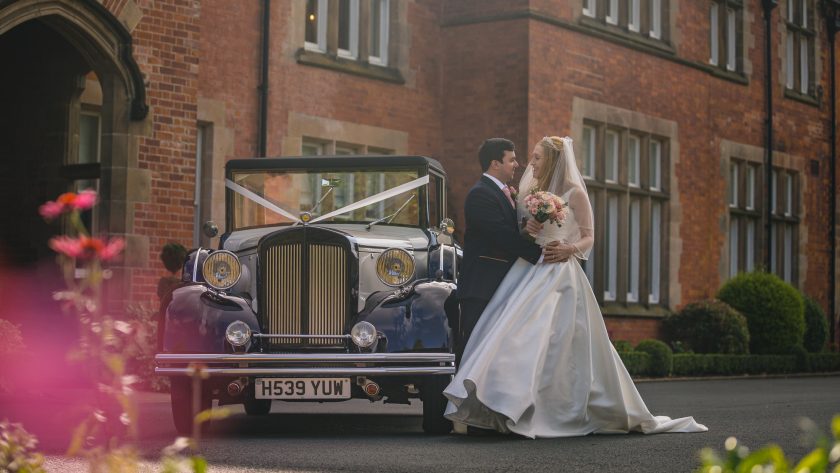 A Picture Worth a Thousand Words

“Looking back, I would say that we both fell in love possible before we even met each other…” – Rachael 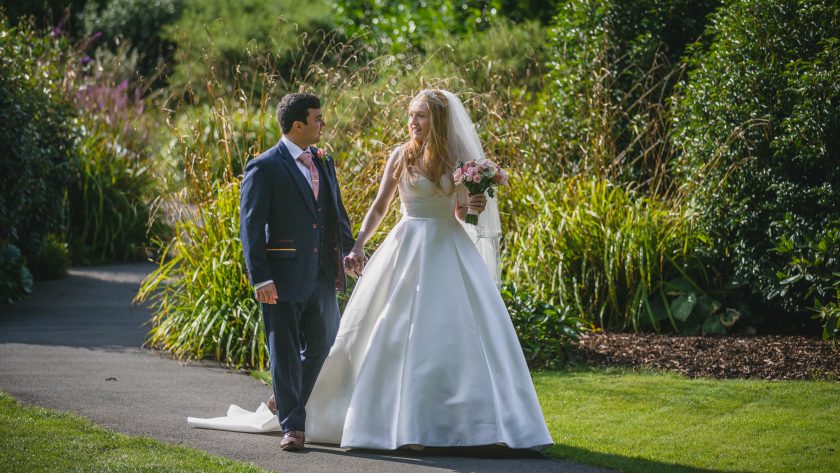 Although from almost the beginning, both parties had wanted to say those three words to one another, it was Brad who was the first to take the leap. On the couple’s first Christmas together he had given Rachael a hand-painted canvas of a heart – just one of the many, thoughtful gifts he regularly surprised her with – and that was the moment that Rachael knew she couldn’t envision life without him. 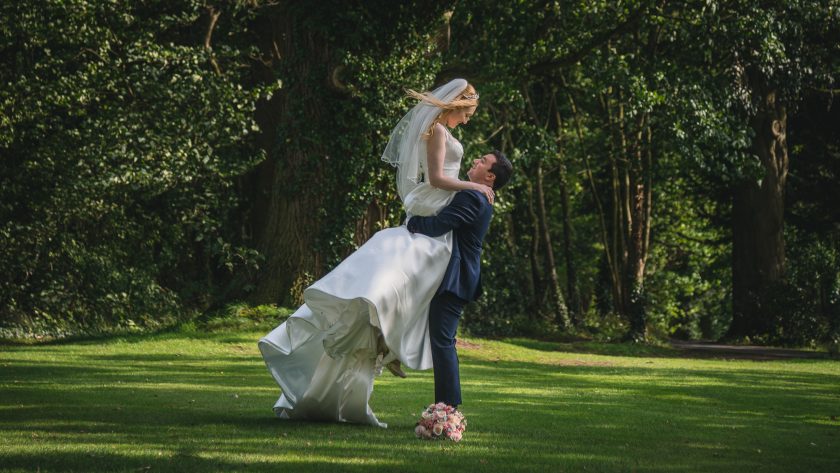 On Christmas Day 2017 Rachael had come into the living room to notice that there were no gifts under the tree. After giving her fiancé-to-be all of the gifts she had bought for him, he had handed her one, very thoroughly wrapped present.  Fifteen minutes (and a lot of tearing at tape) later, Rachael found an empty jewellery box… but when she turned around Brad was on one knee behind her, holding a glittering, classic diamond ring in a white gold setting – she could hardly believe her eyes and of course had to say yes!

The bride and groom-to-be both attended numerous wedding fairs in order to check out the venue’s in person. From the word ‘go’ Rockliffe Hall’s breath-taking grounds and exclusivity captured the couple and became the perfect canvas for the rose-gold and blush theme Rachael had her heart set on. 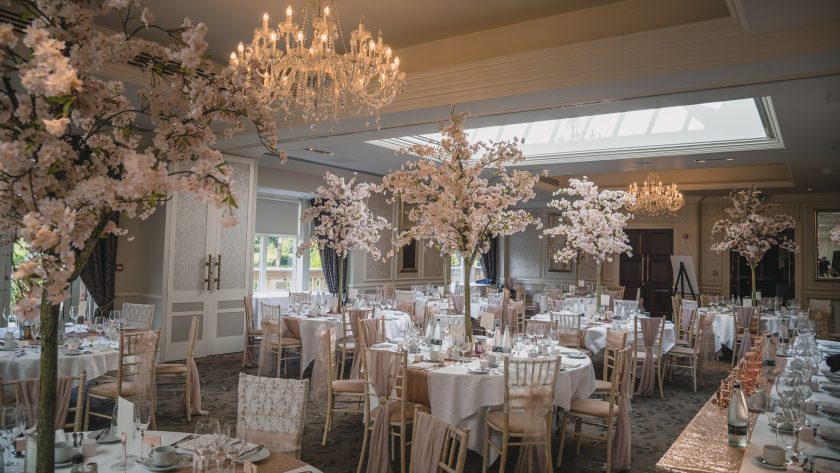 Not only did blossom trees bloom as centrepieces on the guest’s tables, but the swans that they had fallen in love visiting in the early days of their relationship also made an appearance! The wedding cake, designed by Ivory Cake Company incorporated swans as cake-toppers and the pair even featured two ornate swans on the guest book table for added flair. 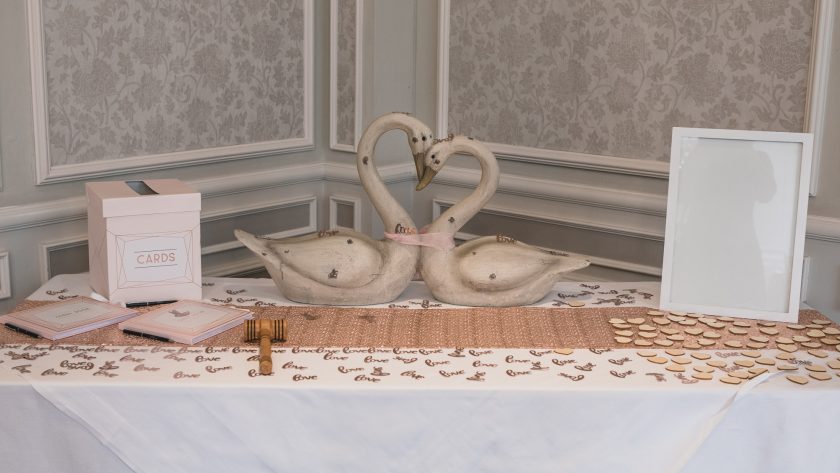 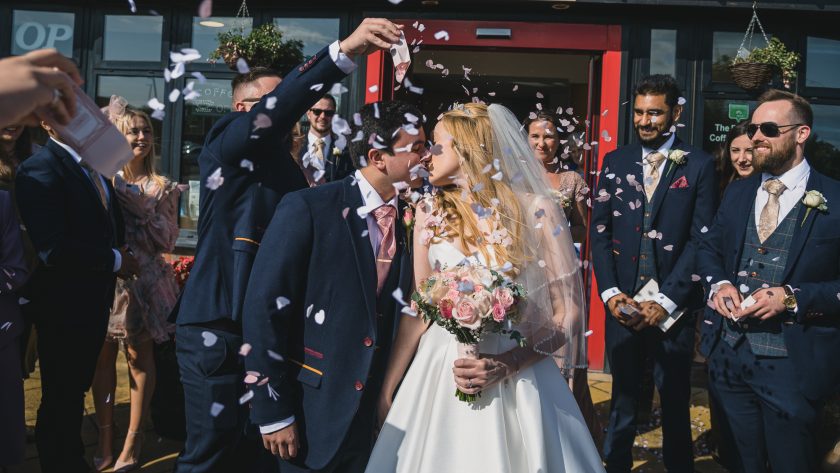 Ever versatile, Rockliffe Hall even accommodated a confetti cannon which went off at the end of the couple’s first dance.

When One Dress Just isn’t Enough

“I visited about 25 stores all over the northeast…” – Rachael
Rachael had always envisioned herself in a fitted gown, however Brad had always wanted to see her walk down the aisle in a princess-style gown.

After visiting about 25 shops all around the northeast, and trying on more dresses than Rachael could count, she arrived at Blue Bow Bridal. The helpful boutique assistants completely turned around what had been such a difficult experience and helped Rachael find a stunning Stella York gown with stunning beaded detail and waterfall-edged train. 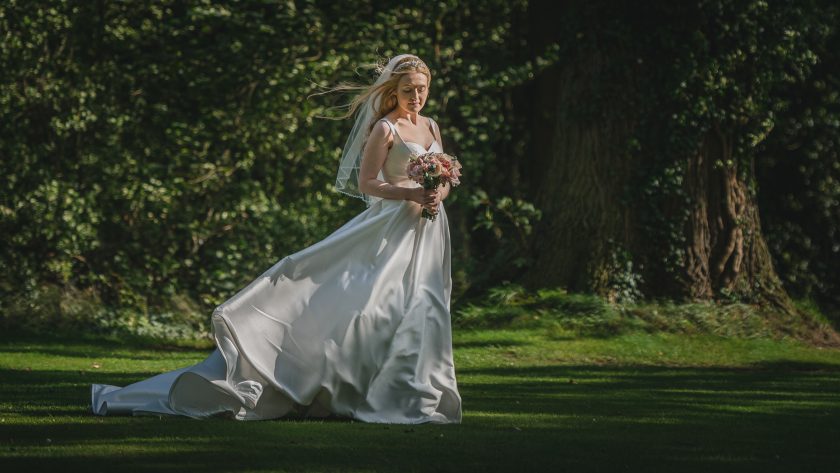 Although Rachel would have been happy to walk down the aisle in this dress, thanks to the confidence-boost that the staff at Blue Bow Bridal had given her, she felt like she could keep looking for the princess-gown that Brad was so excited to see her in. In the end, this came in the form of a timeless Mikado ball gown from Grace Phillips, with a crystal embellished veil which made her feel like royalty. 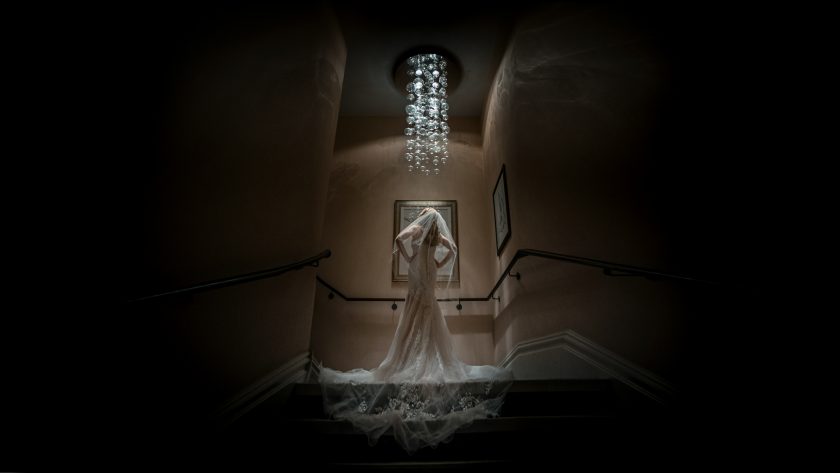 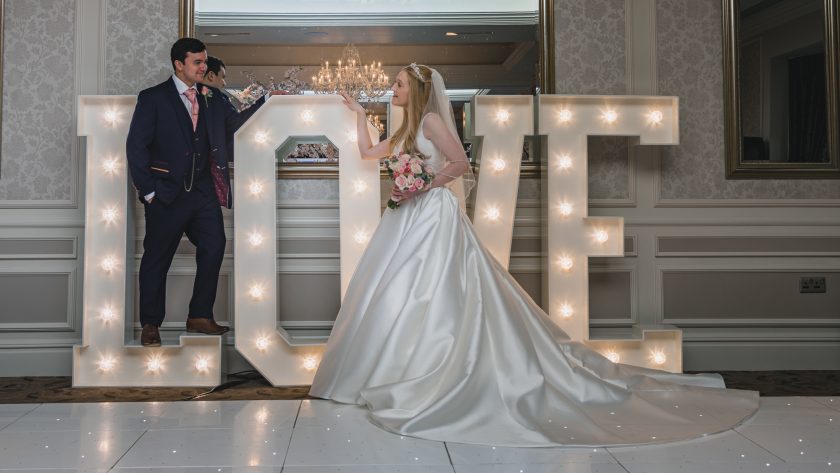 Although it can be easy to get bogged down in every little detail, your wedding day only happens once and will pass by in a flash, so try to enjoy the planning process as much as you can.. it's your day after all! 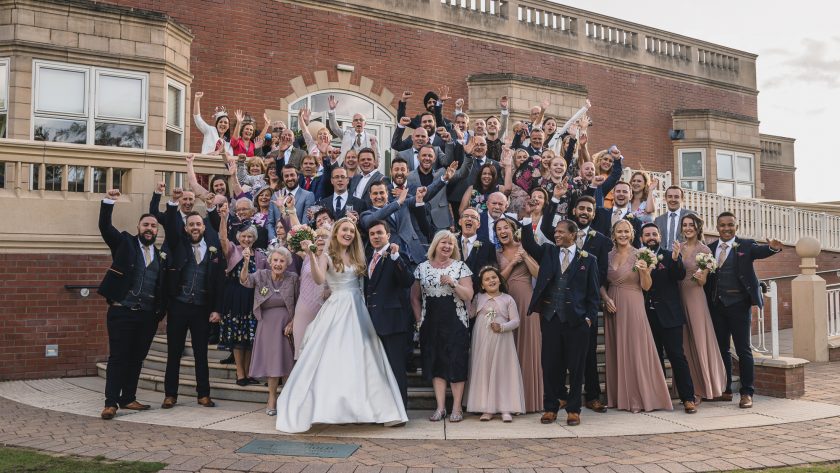 For more wedding inspiration, check our our dedicated Real Weddings page or browse the glossy pages of our regional magazine.