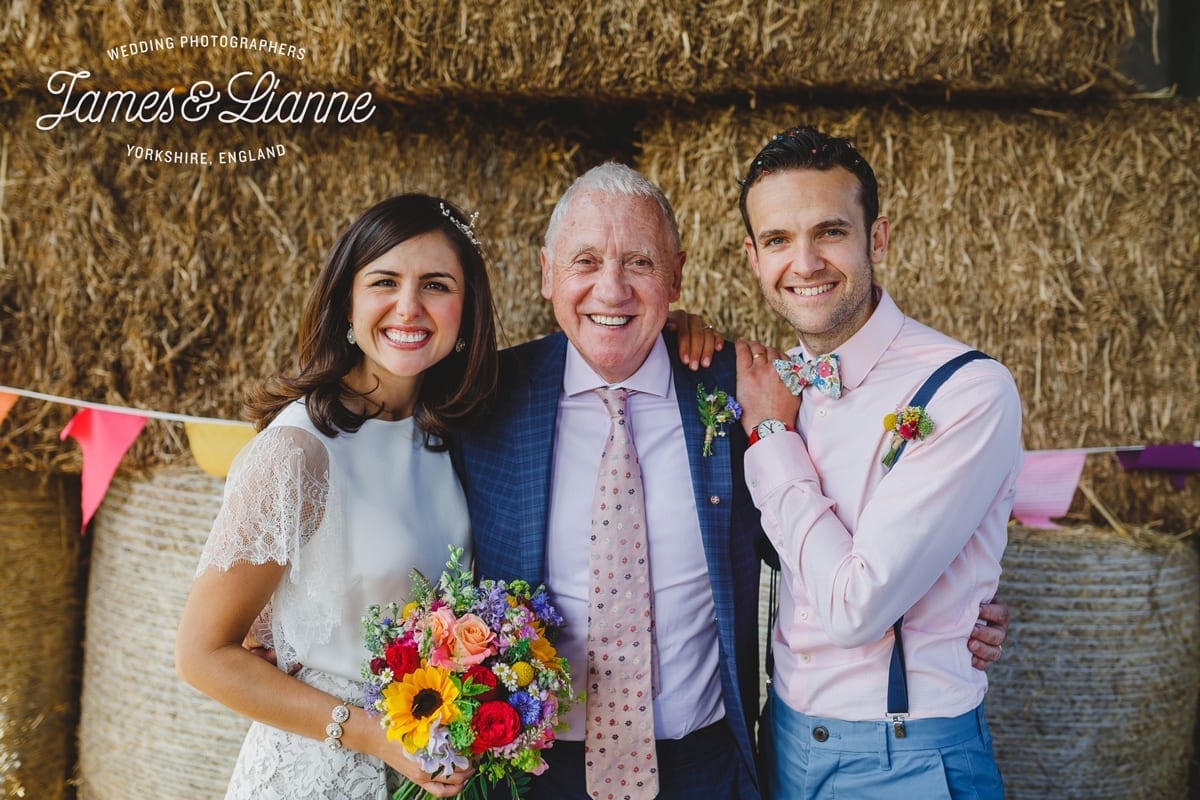 Adorn Your Walls With Your Wedding Day

Several of the Look North presenters were at the wedding including: Paul Hudson, Harry Gration, Peter Levy and Lisa Gallagher.

The wedding celebrations took place over two days, which Keeley and Johnny have called Wedfest 2018. The wedding ceremony took place on the first day with a music festival on the second day where several local bands performed, including a brass band and Hope and Social (a six piece rock band from Leeds).

Keeley and Johnny, who have been together for five years, got engaged last summer after he proposed in The Lake District. She announced their engagement live on air on BBC Look North.

Keeley said: “We can’t thank Harry Gration enough for marrying us. He made it so personal, thoughtful and special. We are forever indebted to him. Please don’t leave Look North for your new career though!”

Johnny I’Anson added: “Seeing Keeley walk down the aisle was the most surreal, but beautiful moment of my life. I’ve no shame in saying I was an emotional wreck for pretty much the whole weekend, and I loved every second of it. So many memories, so many tears and so much fun. The cliche of it being the best day of your life though simply isn’t true…it was the best TWO days of my life!!! Being surrounded by friends, family and my new wife(!) drinking, dancing and singing until the wee small hours is something I’ll never, ever forget.”

As well as BBC Look North, Keeley presents Countryfile Diaries and will return with a new series of Inside Out in September. Johnny I’Anson is the presenter of the BBC Local Radio evening show.

Images by James and Lianne Photographer

Wanting to host your dream wedding in #Yorkshire just like this couple? Then make sure you grab a copy of our brand new Yorkshire magazine, available online now.