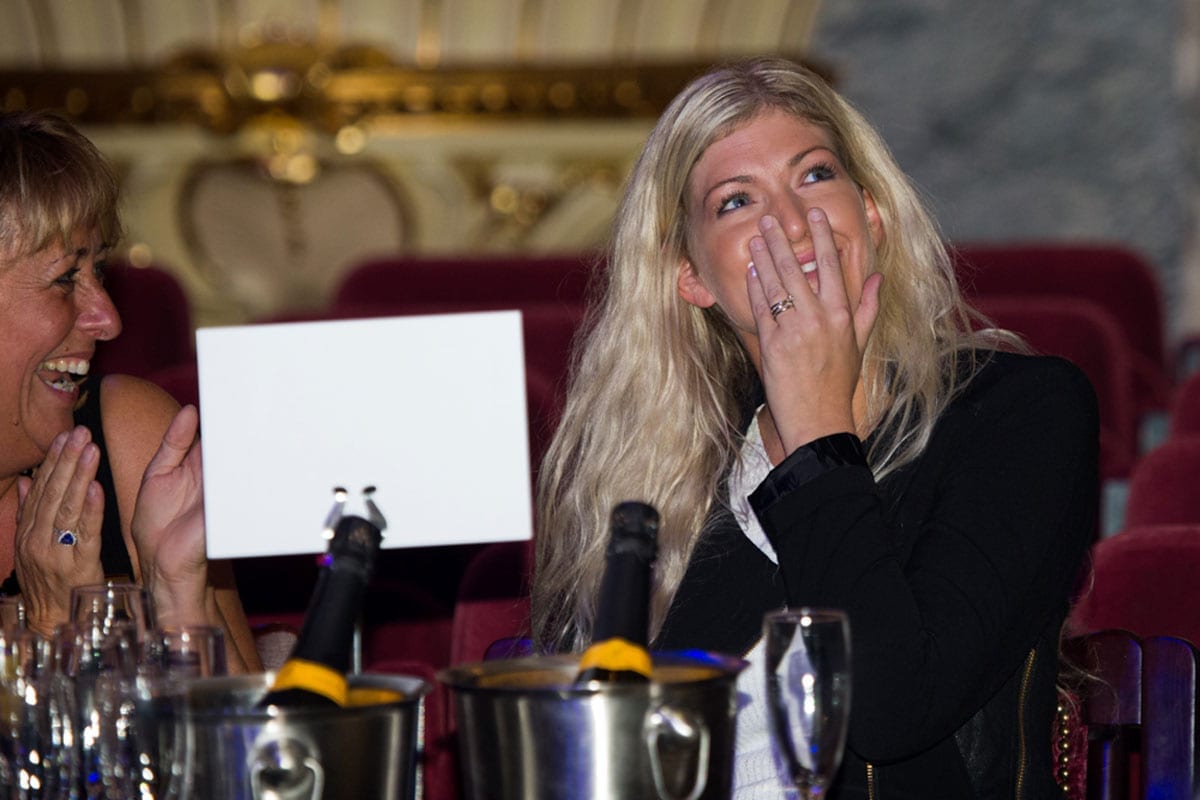 The Harrogate Bridal Show audience had an unexpected surprise this evening, in the form of a shock proposal at the event’s catwalk show. The Royal Hall was packed with retailers, exhibitors and press for the final show of the day, when the proposal took place.

Unbeknown to the bride-to-be, the show’s organizers had been working behind the scenes to prepare the surprise. Leaving the audience stunned, the groom-to-be got down on one knee in the middle of the stage, and asked his girlfriend the big question.

Wendy Adams, event director at The Harrogate Bridal Show said “When we were asked to help with the proposal, we were of course happy to help. This is the first proposal in the show’s long history. Considering the industry we are in, we are surprised it hasn’t happened sooner.”

The couple have been together for three years, have a 6-month-old little boy, and were at the show sourcing suppliers for a new bridal shop that they’re opening in Norway. The groom-to-be had initially planned to propose in his home country of Norway, but was inspired to bring the proposal forward while watching the catwalk show the day before.

Simon Kent , HIC director said “We’re delighted such a special event took place at the HIC, a big congratulations to the happy couple.”