This dark, moody, atmospheric shoot styled by Stacey at To Be Revealed epitomises different. She talks us through it – from concept to creation. 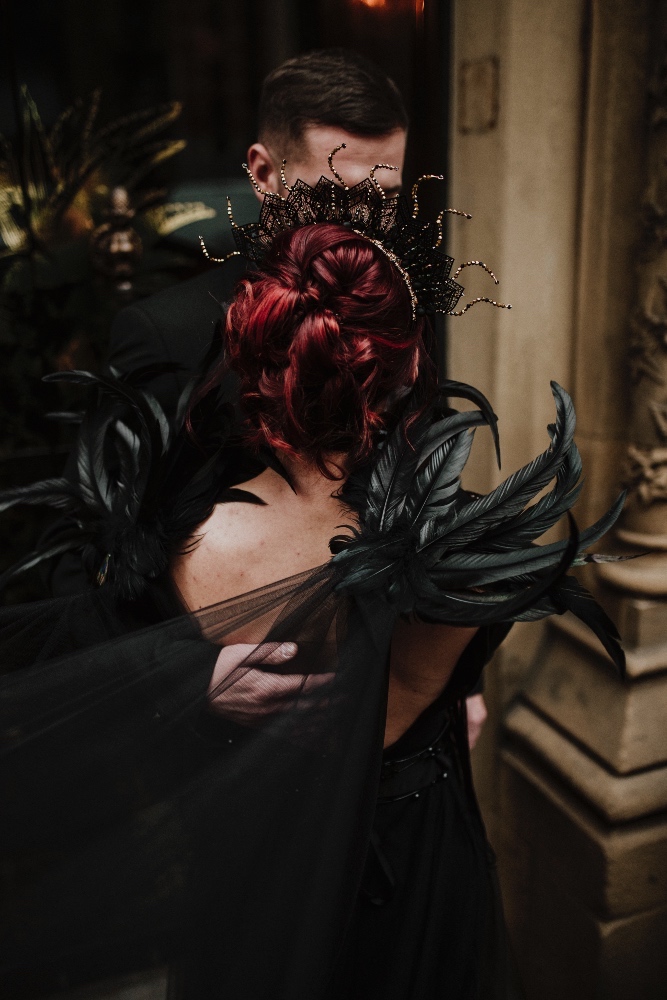 This dark, moody, atmospheric shoot styled by Stacey at To Be Revealed epitomises different. She talks us through it – from concept to creation.
DATE 17 July 2020
|
VENUE Grand Pacific Manchester
|
PHOTOGRAPHY Taylar-Jayde

"The shoot was held at the stunning Grand Pacific restaurant in Manchester city centre. An incredible rich, luxe restaurant filled with dramatic interiors – the perfect location for this statement shoot."

Playing off the ever-growing popularity of the colour black within wedding design, Stacey's concept of the shoot was to show how the colour can be stylish, bold and elegant and incorporate loose themes which add style rather than overwhelm.

I WANTED THE SHOOT TO BE INTIMATE AND EMOTION DRIVEN. I LOVE TELLING AND CAPTURING A STORY THAT IS RAW AND REAL.

My background in theatre always comes in to play in my shoots. I always want my shoots to tell a story by showing emotion, feeling and that you can absolutely have style and substance. Taylar-Jayde captured the emotion so purely and always kept in mind the vision and style throughout."

From a style perspective, Stacey wanted to loosely bring in a series of themes – one being a ‘maleficent’ vibe. From the feather detail on the cape to the table décor and stationery, there were dramatic nods to maleficent throughout, without being overbearing. Bespoke headpieces and neon signs were used to capture a dark yet almost indulgent atmosphere. 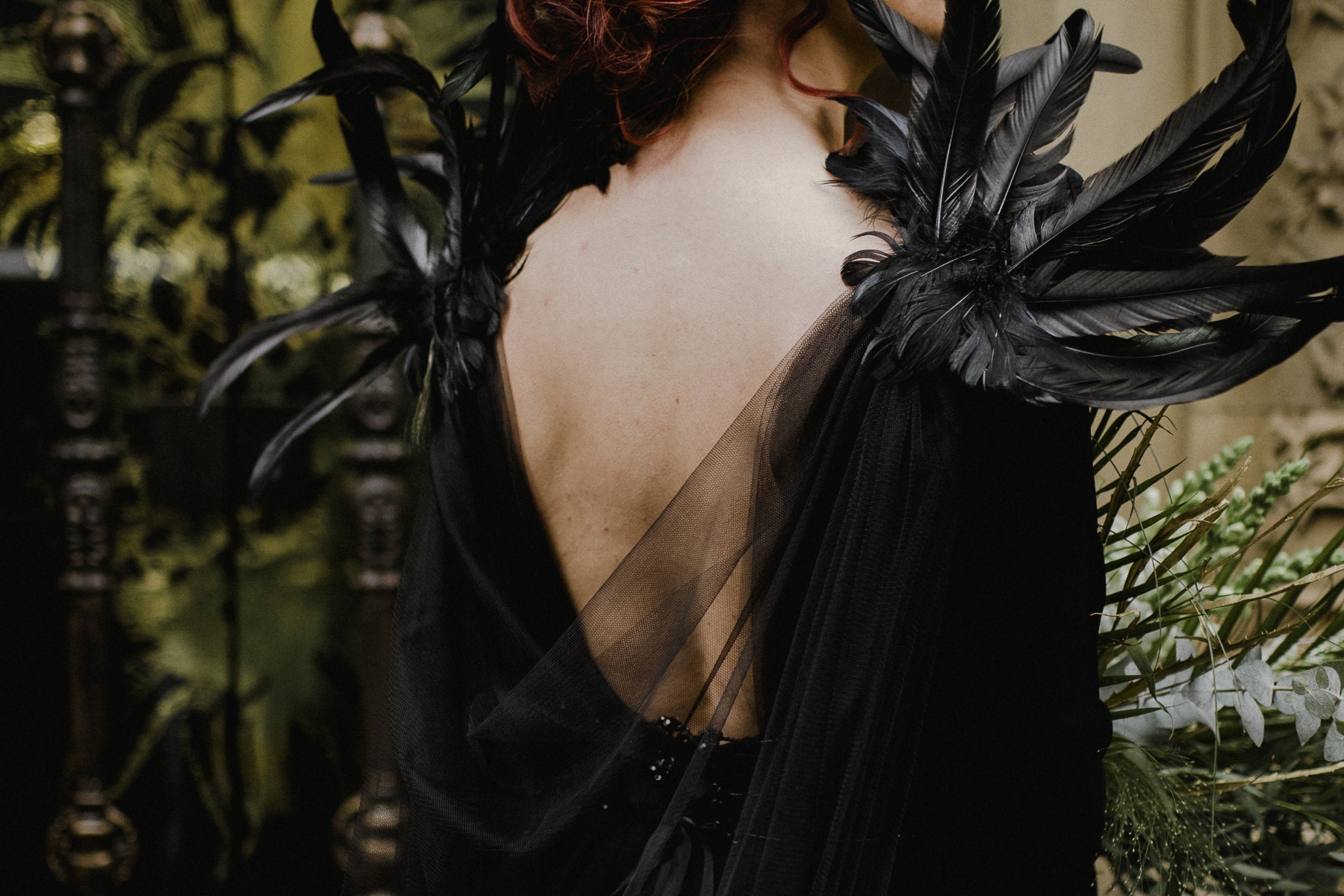 "Now more than ever, I want to show that smaller venues and intimate weddings can still be bold, dramatic and statement-led. Styling of the couple was really important here – I wanted to source items that were statements. Pieces that exude style in a way that makes black look luxe and sophisticated rather than gothic."

"The Shikoba Stevie dress is a bold statement, and a designer that I personally love, and I couldn't wait to work with the dress. My Maleficent vibe ideas were brought to life by a beautiful feather shoulder cape from Peacock and Pearl combined with a unique hand made bespoke headpiece by Rachel Chaprunne.

Natalie from Peacock and Pearl also created a beautiful ethically made green and black ombre veil which allowed us to showcase alternating looks for both daytime and evening. Hair and Make up was also a huge part in creating a striking look that was both statement and sophisticated.

The hand-drawn feather detail matched with the black and gold colour complimented the table styling and made a perfect pairing with the amazing bold black cake designed by Paula from Cakes by P."

"One of my main points was to not make the shoot too floral, which is a little different for a wedding shoot, but I knew flowers would draw a different attention that I imagined. So we chose to utilise greenery and just add some drama in with bold red roses and an orchid.

The flower decorative created such a stunning large bouquet filled with foliage that created a statement of its own and worked perfectly against the detailing of feathers.

ULTIMATELY, I FEEL WE CREATED A MESSAGE THAT IT’S ABOUT BEING UNAPOLOGETIC ABOUT DOING THINGS YOUR OWN WAY. INSPIRING THOSE COUPLES WHO ARE LOOKING FOR A BOLD, BOHO LUXE WEDDING STYLE.

Stacey from To be Revealed

Paula at Cakes by P