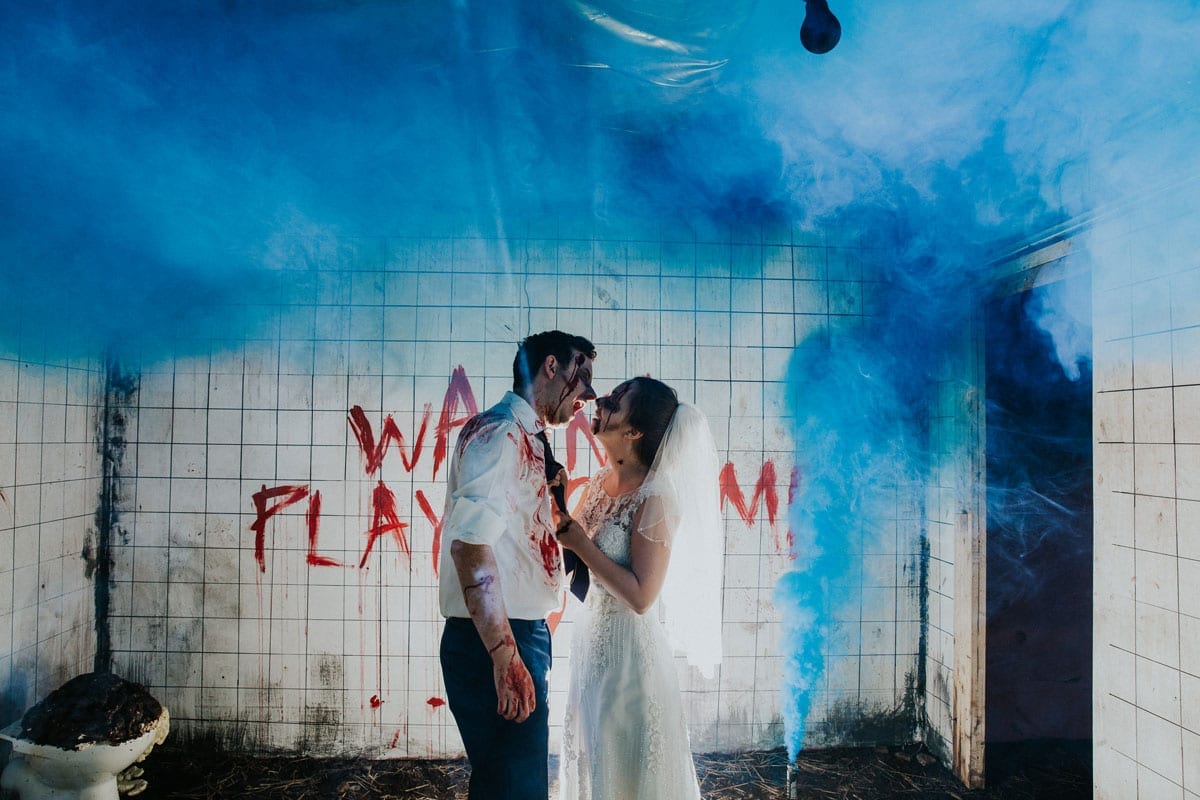 Goldsborough Hall In All Its Natural Beauty

Take a beautiful bride, a dashing groom and an American-style haunted house, and you’ve got a post-wedding shoot like no other.

The Scream Factory, in Redcar, was set up five years ago by the groom’s family, so a post-wedding scare shoot seemed only fitting for these newly-weds.

“People kept asking if there would be anything Scream Factory related at our wedding. I kept saying no and Jason kept joking that he might get some zombies to turn up,” said Katy.

She added: “I did consider a zombie cake topper as a surprise for him at one point, but my mom was in control of the cake and definitely wouldn’t have let that one happen.”

The idea for the shoot came from the couple’s wedding photographer, Jade from Gasp Photo Co, who had mentioned previous ‘trash the dress’ shoots.

“Jason thought it might be a good idea to do something Scream Factory related and thought his family would think it was a nice and funny thing. I have to admit, I was a bit unsure at first. Scream Factory is a pretty scary place even when it’s not operational, however, I grew to the idea.”

“We did try not to get too much blood on it (dress) but it was inevitable some would go on. It’s now stained blue off the smoke we used at the shoot and is a lot muddier.”

“The overall experience was really fun and I would recommend it to other brides, as long as they are 100% sure they don’t mind ruining their dress. I think it has to be something personal to you or your husband. If I’d just gone out and rolled around in the sand on a beach, I would have been really upset that my dress was destroyed but I feel mine has an extra story to tell now.”

Is there a highlight from the shoot?

“As well as the photo of us, we got a quick couple of impromptu snaps of us with Stephen. It’s one of Jason’s favourite photos from the shoot and that’s the one that I’m sure he’ll be putting on the mantle piece.”

“Our actual wedding day couldn’t have been more different. It was a beautiful, relaxed day at Crook Hall in Durham… completely different to an early morning at Scream Factory in my wellies!”

If any brides are interested in having their own zombie wedding photo shoot at Scream Factory, please contact info@screamfactory.co.uk