Diamonds are the “official” gemstone for declaring your undying love. They are forever, after all. But what if you fancy something a little different?  There are so many other beautiful alternatives to diamond engagement rings. Let’s take a look at a few of the most beautiful options. You may want to leave this page open as a hint to your significant other!

As far as beautiful alternatives to diamond engagement rings go, you can’t get much more perfect than rubies. The stone rivals diamonds in both its rich historyand its rarity. Symbolically speaking, many believe the stone helps open up hearts and promote love. While all rubies are relatively rare, the Burma Ruby is the way to go if you want a truly unique and rare gemstone.

Where the ruby has a regal history, the sapphireis the gem myths are made of. From Ancient Egypt to Greece, this stunning stone has mingled with deities. Back on earth and in modern times, it’s a symbol for faithfulness, truth, reliability and wisdom. In other words, all of the traits that make for a strong marriage.

Since it’s such a low-cost stone, amethystoften gets overlooked when considering alternatives to diamond engagement rings. It’s a shame because it’s really a pretty stone with beautiful symbolism. Where the ruby is all about fiery love and passion, the amethyst is more about peace and contentment.

The Rainbow Moonstone is neither a rainbow stone nor an actual moonstone. Rather, it’s a type of labradorite that gives off a rainbow sheen. They make beautiful lesbian wedding rings, both because of the rainbow symbolism and the stone’s meaning itself. Labradorite is believed to be connected to the feminine divine.

In cultures all over the world, turquoise is valued as a good luck stone. Native North and South American tribes from the Apache to the Aztec valued the stone even more than gold. In fact, the Apache believed that you would find turquoise at the end of a rainbow, not a pot of gold. However, there’s one other meaning that makes it a perfect diamond alternative- it’s a symbol of hope.

Pearls are one of the most prized gemstones in the world, ranking up there with diamonds, rubies and emeralds. Did you know, however, that they’re not actually stones? The totally organic material forms when oysters, mussels or clams sense an invader into their happy little shell home. They release a fluid that fends off the irritant, which builds up into a pearl. Natural pearls are among the rarest gems and will cost a pretty penny (even more than a diamond). However, cultured pearls are plentiful and relatively inexpensive.

Often- and inaccurately- called the pink emerald, the morganite is gaining in popularity as an engagement stone. It’s a beautiful alternative for those who want something a little more colorful than the crystal-clear diamond or milky white pearl yet subtler than the flashy ruby, emerald, or sapphire. These gorgeous stones don’t come cheap, though, and given their rarity, they’re only going to get more expensive in the future.

Like Amethyst, Apatite is often overlooked as a diamond alternative because it’s not exactly a rare or expensive gem. It is, however, uncommon to find in jewelry stores, so in that respect it’s a rather unique choice that’s perfect for a unique couple. The stone represents the blending of an old life with a new one, which is exactly what a marriage is all about.

A more traditional stone than those above, the emeraldsymbolizes royalty, wit and wisdom. It was also a favorite of Cleopatra, who donned her palace with them and gave them out as gifts to friends. The vibrant green stone pairs well with diamonds for those who want to mix in a little tradition. 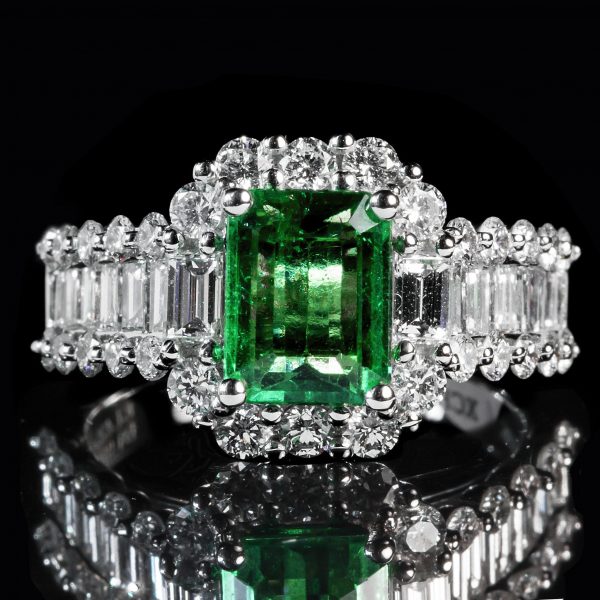 While natural alexandrite is rarer than the rarest diamond, the synthetic version is just as beautiful and valuable. As it was only just discovered in the 19thcentury, it doesn’t have the rich history of the other stones on this list. It’s a symbol for luck, good fortune and love, making it a fantastic diamond engagement ring alternative.
Remember, there’s no rule that says you have to wear a diamond engagement ring. In fact, there’s no rule that says you have to wear any gemstone on your finger to prove your devotion to each other. So, feel free to go with what makes you and your true love happy, whether that’s a sparkly diamond, a vibrant emerald, or just a piece of twine tied around your ring finger!

About the Author: Nicole Etolen is a writer and editor at Love You Wedding, a site dedicated to helping LGBTQ couples plan the wedding of their dreams.

Hotspur 1364: Onto Bigger and Better Things