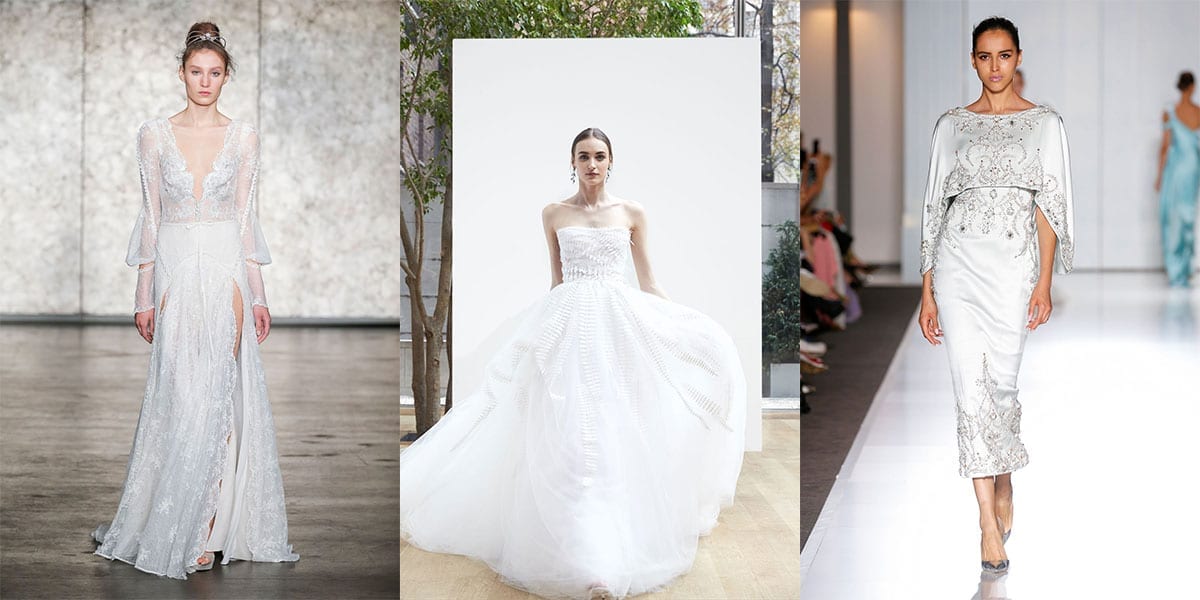 Meghan Markle has been propelled into a style icon in recent months. The coat she was seen wearing during her engagement announcement sold out online in minutes! It has also been said the Ralph and Russo dress she wore for her official engagement photos is about to be named after her. So, it comes as no surprise that we are all highly anticipating her next big fashion choice… her wedding dress.

In the past the royals have enlisted some of the biggest names in fashion to design these couture gowns including David and Elizabeth Emanuel, as well as Alexander McQueen. However, Meghan Markle is not one to stick to tradition as she proved to us with those engagement photos.

Today, we’re sharing with you wedding gowns that we can picture Meghan wearing…

Ralph and Russo were the designers behind Meghan Markle’s black tulle engagement gown. The daring dress also featured a sheer bodice, completed with gold feather thread work proving that Meghan is not one to shy away from a statement. Would it be too naive to presume that they will be the creative hands behind Miss Markle’s gown-to-be?

It is no secret that Meghan has been married once before. In pictures, which have recently come to light, we can see Megan in a very laid back strapless wedding dress complete with V-neck detail and an embellished belt. Could we see the future princess reach for a similar design? Or will she choose to opt for the complete opposite?

The next glimpse into what our future princess might debut on her wedding day came from her character’s wedding in popular TV show, Suits. The dress came from designer Anne Barge whose collections feature intricate lace and beaded details. Could this be yet another option?

Meghan appears to be very proud of the young woman she is and where she has came from, something that should be celebrated on a bride’s special day. So will Meghan choose an American designer to create a dress that captures the essence of this actress? Could an Oscar de la Renta design be on the cards?

Or could the rumours be true? Could it indeed be Haute Couture label Inbal Dror who have the honour of designing the wedding dress of the year?!

So who would you like to see Meghan Markle wearing to the biggest royal event of the year? And will you be watching the royal wedding? Tweet us your options at @bellebridalmag